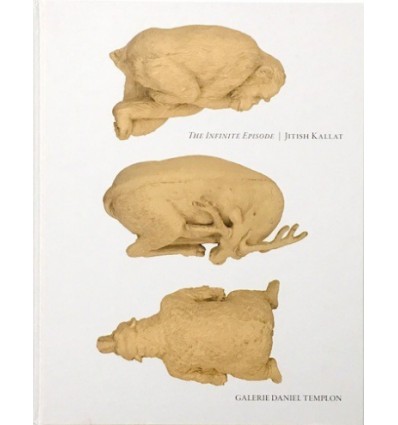 Two years after the success of his first solo exhibition in Paris and following the critically acclaimed Kochi-Muziris Biennale 2014 that he curated, Mumbai-based artist Jitish Kallat returns to France with an exhibition titled The Infinite Episode.

The exhibition brings together an assembly of conceptual and sensory propositions through a suite of new drawings, sculptures, photo-pieces and video. Seen throughout the exhibition are the themes of time, sustenance, sleep, along with an interplay of scales and proximities, and evocations of the celestial; preoccupations that have recurred across his wide-ranging work.

Reminiscent of unknown neural networks, constellations or sacred geometries, the series of new drawings titled Wind Study (The Hour of the Day of the Month of the Season), become a device to read the complex forces of nature that inhabit the space and time of the artwork. A graphite drawing is overlaid one line at a time with an inflammable liquid and set aflame; the meditative drawings become registers of invisible atmospheric flows, transcripts a silent conversation between wind and fire. In the seven-part lenticular photographic work Sightings D9M4Y2015 close details of the surfaces of fruits and their negatives, begin to appear like telescopic snapshots of cosmic supernova explosions, contemplating the macro as manifesting within the micro. The sculpture titled The Infinite Episode is an assembly of ten sleeping vertebrates; a cosmic dormitory wherein their bodily sizes are equalized in their state of sleep. In the single-channel video Infinitum (here after here), 30 rotis (round Indian breads) morph with the waxing and waning images of the moon, connecting notions of the body, sustenance, the astral and the sky. Flowchart, an hexagonal vitrine displaying working drawings, watercolours, tea-washes, gouaches and sculptural elements appears as a nursery to culture speculations and advance inquiries, a map of artistic meanderings.

Adding yet another dimension to the exhibition is a parallel viewing of two seminal pieces from Kallat’s œuvre, dating back from 2009, at Impasse Beaubourg space, across the street. Annexation is a large sculpture clad in black-lead teeming with animals united in their need to survive, while the video titled Forensic Trail of the Grand Banquet invokes a journey through space, wherein planetary and stellar formations, galactic clusters and nebulae are replaced by numerous x-ray scans of food.

On the occasion of the show, Galerie Templon will be publishing the first catalogue in French (bilingual English) dedicated to Jitish Kallat, available mid-October 2015, with texts from Prof Homi Bhabha and Chantal Pontbriand.

Born in 1974 in Mumbai, Jitish Kallat is one of the most promising artists of his generation. Jitish Kallat’s work, imbued with autobiographical, political and artistic references, forms a narrative of the cycle of life in a rapidly changing India. Weaving together strands of sociology, biology and archaeology, the artist takes an ironic and poetic look at the altered relationship between nature and culture.