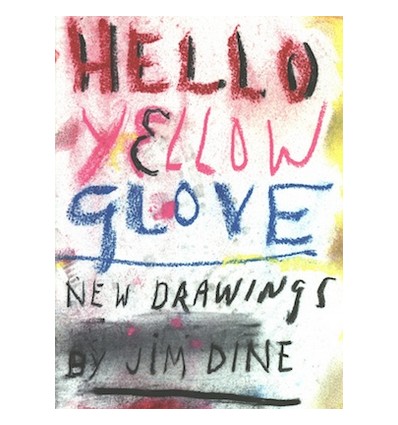 Galerie Templon is holding a major exhibition dedicated to recent drawings by Jim Dine. The show is an exploration of the intimate universe of an artist who, at the age of 77, is looking back at his childhood passions, the love of his life and the fire that drives him.

Initially associated with the American pop art movement, Jim Dine soon took off on his own path. In 1974, breaking totally with the times he lived in, he entered into an intensive period of life drawing. This practice put him back in touch with the boy found of drawing he once was. It situated him in the context of the European tradition forged by the artists he venerated, from Rembrandt to Matisse. This self-education through drawing laid the foundations for all his future artistic experiments.

A Jim Dine drawing is an exhilarating experience. The artist focuses on the subjectivity of the image and its texture. He uses an eclectic mix of media, from silk paper and parchment to plastic. He works with charcoal, felt-tip pens, paint and collage. His sketches and corrections tell a history of marks, where every mark has a specific task. Traces of fingers, soles, tears and rough cuts bear witness to the creative work that preceded them and mark the passing of time.

As we watch, Jim Dine's obsessions piece together his life and the mythology of a romantic artist. A poet as well as sculptor and painter, he explains: “What I was making, and what I continue to make now, has only to do with “the fire”. I have spent the last sixty years tending the flame to make sure that it doesn't go out.”
Pinocchio, a recurrent figure in his work since 1994, makes an appearance once again, a metaphor for the work of art in search of humanity and freedom from its creator, Gepetto/Jim Dine. The Ape and the Cat, symbols of temptation in Carlo Collodi's tale, become a moving couple of lovers, possibly an autobiographical element. The Cat, a woman, comforts the Ape as he moves clumsily through life. The plants and trees celebrate the artist's affection for the rural world. The series of portraits of Gerhard Steidl, his friend of many years and partner in various engraving projects, pays tribute to the strength of friendship.

This is his sixth exhibition at Galerie Templon. An exhibition catalogue is being published by Steidl and is available at the gallery.