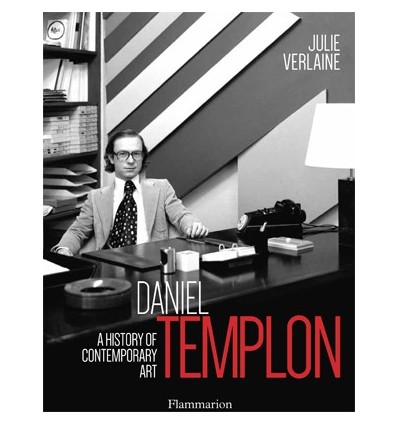 This book tells the story of an emblematic French gallery. Daniel Templon started selling contemporary art from a cellar in the Latin Quarter in 1966, just when New York was dethroning Paris and American art was taking the French art scene by storm. Championning both avant-garde artists from over the Atlantic and emerging French Talents, he helped redefine the role of the dealer, emerging as one of the leading gallerists of his generation. Over the last fifty years, the programming of his spaces in Paris-as well as Milan and Brussels-has reflected  the deep changes that have transformed not only contemporary but also the word itself-the critics, the collectors and, especially, artists.

Placing Daniel Templon’s activity in its artistic, economic, and political context, Julie Verlaine’s detailed account follows the career of a man whose position has ade him privileged witness to the making of art and the remarking of the art word. The accompanying interviews with Daniel Templon himself are rich in personal recollections of some of the leading artists of our time (such as Donald Judd, Carl Andre, Andy Warhol, Roy Lichtenstein, Frank stella, Ellsworth Kelly, Helmut Newton, Jean-Michel Basquiat, Ben, Daniel Buren, César, Gérard Garouste, and Jean-Michel Alberola). They also offer some franck and vivid insights into the workings of the French art scene.

Julie Verlaine is a lecturer in contemporary cultural history at Panthéon-Sorbonne University (Paris I). Her research is concerned with the art market and the distribution and dissemination of art.