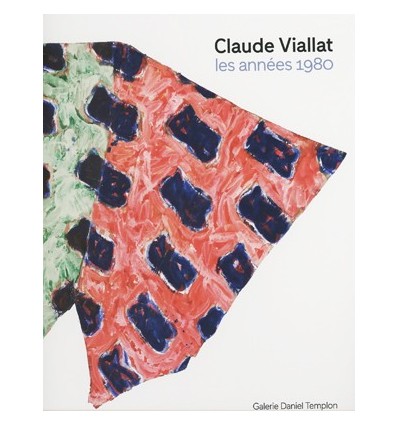 As part of its 50th anniversary celebrations, and to mark the 10th solo exhibition at the gallery of works by Claude Viallat, Galerie Templon is delighted to present a brand new historical perspective of works by this major French artist.

The 1980s was the period when Viallat achieved prominence: he moved on from his beginnings as a founder of the Supports/Surfaces movement, developing an original artistic style that saw his works shown at the Centre Pompidou in 1982 and the French Pavilion during the 1988 Venice Biennale. Without ever wavering from the precepts he established during the 1970s—freedom from the constraints of composition and representation, desacralizing the canvas now freed from its stretcher—Viallat developed a fuller practice that saw him experiment more deeply with colour and texture.

An admirer of Venetian painting, of Matisse and Pollock, he layers paint thickly onto banners, curtains, fragments of tents and parasols. ‘I left Supports/Surfaces behind and have become more about Painting/Painting,’ is how Viallat describes it. After the experiments and fluidity of the 1970s, he says that he now has an emancipated relationship to the notion of the support.

‘Viallat has rightly been praised for the continuity of his approach, his fidelity to the principles established at the outset. But we must also salute his determination to break his self-imposed rules, often exploring the outer boundaries of juxtapositions of colour and associations of fabrics,’ says Alfred Pacquement, writing in the exhibition catalogue.

He works from that same, always identical abstract form he has been repeating for fifty years, in a ceaseless process where the support plays a determining role, ‘yet every painting is unique’.

Claude Viallat was born in 1936 in Nimes, France, where he continues to live and work. He is one of the founders of the Supports/Surfaces movement in the 1970s, which called for art to renew itself through a deconstruction of traditional materials. Viallat started to work on industrial tarp, endlessly repeating the same abstract pattern, resembling a small bone, which became his signature. Stencilled repeatedly onto a range of supports, the pattern asks us to reflect on the meaning of the creative act and the status of the work of art.