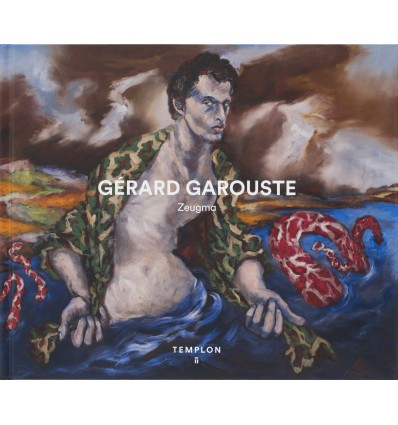 Gérard Garouste, one of the most popular French artists of his generation, is marking spring 2018 with three new exhibitions in Paris: at Galerie Templon, the Musée de la Chasse et de la Nature, and the Beaux-Arts de Paris.

Gérard Garouste occupies a unique position in the French art scene. In the 1980s, at a time when figurative painting was undergoing an international revival, Garouste’s practice called for the return to the grand tradition of classical painting, and played with influences by traditional masters from Greco to Titian. Represented by star art dealer Leo Castelli, he exhibited throughout the world and saw his first major retrospective at the Pompidou Center in 1988 at only 42. After disappearing for a few years, his work took a more original and personal turn in the early 2000s. In a book published in 2009, Garouste lifted the veil on his life as “an artist, a son, a madman” His story had great impact in France. He related, for the first time, his feelings of guilt over having had an anti-Semitic father, known to have despoiled Jewish property during the Second World War. He thus explained, in part, his obsession with studying the Bible, Judaism and the Talmud. He also, and most strikingly, recounted his psychiatric problems and the breakdowns that led to him being regularly interned in psychiatric hospitals.

Now, at the age of 70, he is an artist at peace, yet more radical than ever; an artist with a new exhibition, Zeugma, “the bridge” in Greek, opening at Galerie Templon. Around thirty richly-painted oil paintings draw on sensuality and humor to produce a fusion of a whole range of symbols: bridges, rivers, animated and distorted characters, plucked geese, herds of donkeys, and recognizable figures like Pinocchio, Kafka and Borges. In this series, produced over the last three years, Gérard Garouste combines stories from the Talmudic tradition with elements borrowed from literature and his own life. In a free association of images and ideas, he delights in overthrowing prevailing interpretations, thereby tackling the themes that are so essential to him: the Other and the transmission of knowledge. As art critic Olivier Kaeppelin wrote, Gérard Garouste uses the “power of questioning” founding myths and sacred texts. His art is inextricably linked to an engagement that is simultaneously private, spiritual and political: “When I paint armed with the texts that have irrigated the centuries, shaped the thinking of our forebears (…) when I paint in oil (…) it is in order to look inside ourselves, reveal our culture, our dominant philosophy, our unconscious. I want to be a worm in the fruit.”

Born in 1946 in Paris, Gérard Garouste lives and works in Paris and Normandy. He is one of the leading figures in French art. As both painter and sculptor, he is obsessed by the origins of our culture, myths and the legacy left us by the old masters. His own life is the springboard for his work on ‘dismantling images and words’ and his fascination with the questions of origins, time and transmission. His paintings are born of associations of ideas. Now unsettling, now joyful, they teem with animals, some of them fantastical, and a cast of different characters. His sources range from the Bible to popular culture and literary greats, from Cervantes to Rabelais.

Gregory Crewdson - An Eclipse of Moths

Chiharu Shiota - Connection to the Universe

Chiharu Shiota - Navigating into the Unknown

Gérard Garouste - The Other Side